Monitoring
of a
Bat Hawk nest

A project funded by WESSA Lowveld and Bat Hawk Aircraft

For more than a decade, keen birders around White River in Mpumalanga Province have been aware of Bat Hawks hunting near the edge of town, in the vicinity of the golf course and Longmere Dam. Several observers have even been fortunate enough to see them catch a bat.

It was at least ten years ago that a nest was found by Roy Sarkin in a tall eucalyptus tree behind the Mosque in White River town. Eucalyptus trees do not really have suitable branches for building nests and during a storm one year, the nest was blown down. 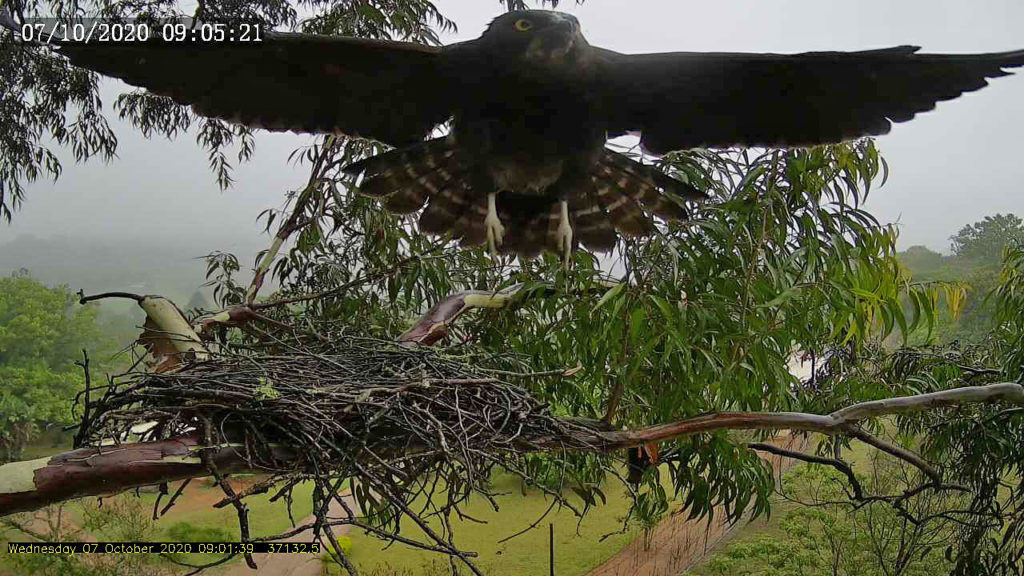 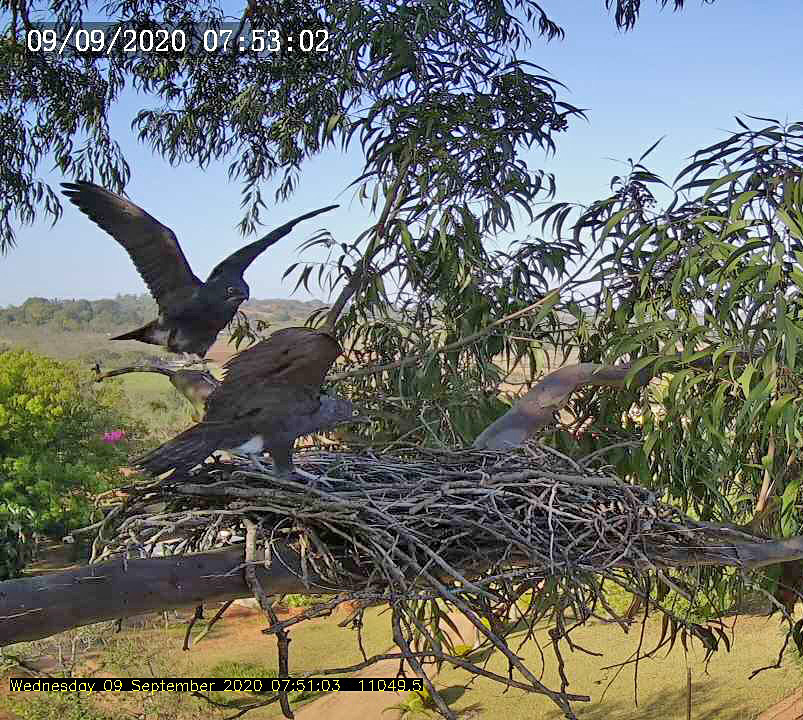 Regrettably, a number of eucalyptus trees were later felled in White River, including the nest tree near the Mosque. The Bat Hawk pair moved and then built a new nest on “The Knowe” outside town. Although the hawks remained there for while, they did not lay in that nest. Afterwards the nest was rebuilt elsewhere several times.

Currently the Bat Hawk pair is nesting in a tall eucalyptus tree near White River where a stable and strong branch has been selected for the nest.

A small group of birders keeps tabs on the nest and one birder in particular, Stewart Matheson, has taken many outstanding photographs of the Bat Hawks.

WESSA Lowveld, together with Jeremy Anderson, decided that with so little known about the species to fund the installation of a camera system, named BathawkCam, at the nest. Petri Viljoen (deceased) agreed to steer the project, supported by Peter Retief, Rael Loon and Garth Batchelor. With the help of a neighbouring resident, Wimpie Nel, BathawkCam was installed in August 2020.

Link to Official COVID-19 website as required by regulations imposed on all .za websites in Government Gazette 43164.